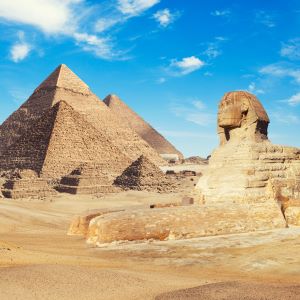 Package includes: There would be no Egypt without the Nile. Recognised as the longest river in the world, the Nile represents the major source of life and prosperity in a region starved of rainfall for millennia. Not only the longest, the river is arguably the most iconic in the world, playing a pivotal role in the dynasty of the Ancient Egyptians and the permanent settlements that arose along its banks. Considered sacred, the Nile has long been a fascination for outsiders eager to conquer its vast history and alluring wonders. Awash with World Heritage sites and hidden gems aplenty, this colourful region provides the opportunity to follow in the footsteps of the mighty pharaohs. Discover the civilizations that rose along its banks, starting with Cairo, the Pyramids and the Sphinx. Explore Luxor's legendary temples and tombs, then cruise to Aswan with the chance to visit fascinating attractions in Ancient Upper Egypt.