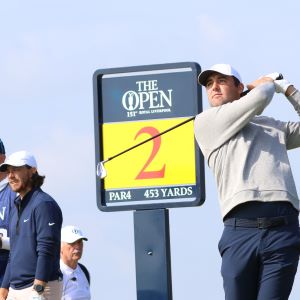 The Open Championship is the greatest golf tournament of all with the first championship being held at Prestwick Golf Club in Ayrshire, Scotland in 1860. The following eleven championships were also staged at Prestwick until 1873 when St Andrews played host and took over responsibility for the Championship. Over the years a number of the other great links courses in the UK have been added to the Open circuit such as Muirfield, Royal Troon, Carnoustie, Royal Birkdale, Royal Liverpool and Turnberry to name but a few. The Claret Jug, or to use its proper name, The Golf Champion Trophy, is presented to each year's winner of The Open Championship.