Four Night Dubrovnik and the Game of Throne's 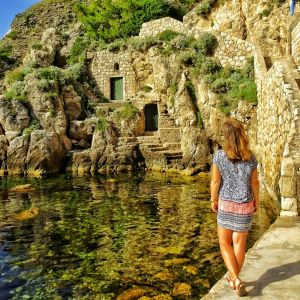 Four Night Dubrovnik and the Game of Throne's

Carved into a cliffside, with floor-to-ceiling windows revealing the vast Adriatic, five-star boutique Hotel Bellevue Dubrovnik is a state-of-the-art seaside retreat around the bay from Dubrovnik’s a magnificent 6th-century Old Town and gives you some of the most cinematic panoramas of the Dalmatian coast. Tour the Pelješac peninsula, the second largest peninsula in Croatia and a land mass crammed with history, culture and plenty of wine and food. Stop in the bay-side town of Ston, famous for its oysters and to gawk at the town's miles of medieval walls that once formed the border of the Republic of Ragusa (i.e. Dubrovnik). Discover ‘Game of Thrones’ film sites of Dubrovnik on a walking tour that takes in the real-life attractions used for some of the television show’s fictional locations. As you explore the city’s World Heritage-listed Old Town with an in-the-know guide, enjoy views of the red-roofed skyline you’ll recognize as King’s Landing.