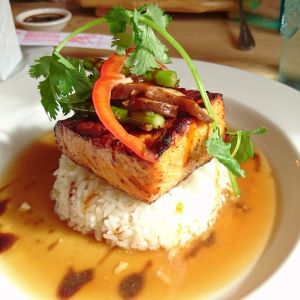 Welcome to the William Gray Hotel or the Hotel Nelligan, both boutique Four Star hotels located in the heart of Old Montreal. Overlooking Place Jacques Cartier in Old Montreal, the hotel is surrounded by restaurants and shops, and within steps of Montreal's most cherished attractions including the Old Port and the Notre-Dame Basilica. Visit at least six eateries such as Jean-Talon Market and the Mile-Ex district and sample delicious foods along the way. Take a chocolate-tasting walking tour of Montreal and see how chocolate is made, from bean to bar then enjoy a walking tour of Old Montreal and meander down the historic streets of Saint-Jacques, Saint Paul, Notre-Dame and rue de la Commune. Stroll along the riverbank of Old Port and admire the architecture of Notre-Dame Basilica of Montreal. Old Québec is the only walled city north of Mexico and has been designated a World Heritage treasure by UNESCO. Perched atop the headland, Château Frontenac has stood overlooking the St. Lawrence River and Dufferin Terrace for over 100 years. Eat like a local during a small-group food tour in Quebec City offering 15 tastings. Indulge your tastebuds as you sample a range of French-Canadian specialties including wine, beer, crepes, chocolates, syrup and more. You'll stop to snack at a range of purveyors located in the city's top eating neighborhoods such as hip St-Jean-Baptiste and the charming Old Quebec. Immerse yourself in French-Canadian history and devour culinary delights on a gourmet food tour of Québec City. Discover historic sights like Notre-Dame de Quebec Cathedral, Québec City Hall, and Royale Square as you visit some of the city's top restaurants to indulge in a 5-course tasting menu that includes organic charcuterie, wine pairings, and a classic flambé prepared right at your table.