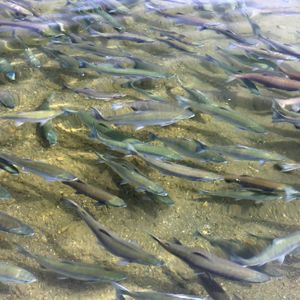 Not only is the Coast Chilliwack Hotel surrounded by the awe-inspiring beauty of rivers, parks, and mountains, you'll also have all the amenities of modern life at your fingertips. Located right downtown, shopping, movies, live theatre, sports are all right nearby. Or just unwind in the indoor pool, hot tub, or sauna! The Fraser River is the single largest river system in British Columbia; traversing three quarters of BC it is the major water drainage of the province. The Fraser River system is also considered one of the world's greatest salmon resources. All 5 species of salmon (Sockeye, Pink, Chinook, Coho and Steelhead), return annually from the Pacific to the main stem Fraser River to spawn and this often means that in-season, multiple species can be had. Not only does this river boast its salmon run, it also has incredible white sturgeon, North America's largest freshwater fish. Reaching weights exceeding 1000 pounds, white sturgeon inhabit the murky waters of the mighty Fraser and some of the Fraser's major tributaries.