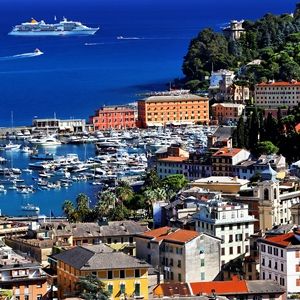 See one of the most famous works of art in the world, Leonardo da Vinci's 'The Last Supper' while on a half-day tour of the impressive city of Milan. Then head south to the Grand Hotel of the Italian Riviera the Royal Hotel in San Remo before wrapping up your trip in Monte Carlo at the Fairmont Hotel nights of luxurious relaxation.