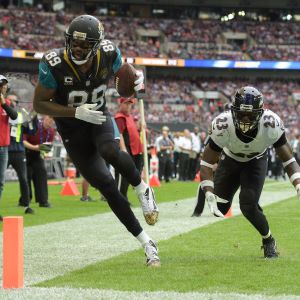 In response to outstanding and growing fan support of American football in the United Kingdom and elsewhere around the globe, the NFL will play three regular-season games at Wembley Stadium and Twickenham Stadium in London and one game in Mexico City. The international series has contributed to increased NFL fan interest in the UK. Television ratings have also shown substantial growth with Sunday viewership of NFL games up 154 percent since 2006.