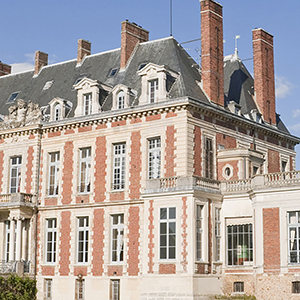 After Field Marshal Saxe defeated the English on the Fontenoy battlefield in 1745, a grateful Louis XV rewarded him by naming him Maréchal de France. In 1748 Saxe purchased Chateau de la Grange located in Yerres a mere 16 KM from Paris which proudly bears his name to this day. Saxe soon after commissioned a major project of remodeling the castle and grounds. Today, within an immense walled park in Yerres, this privileged estate now flourishes.