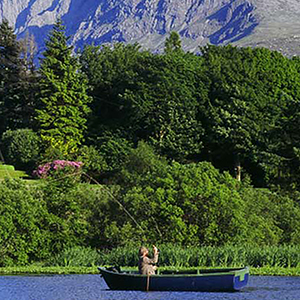 Inverlochy Castle Hotel is a beautiful 19th century castle near Glencoe and Fort William. The area surrounding Inverlochy Castle is rich in landscape and history including the falls at Glen Nevis, the monument at Glenfinnan and the mountains of Glencoe. Built in 1863, Inverlochy Castle is the site of two battles, and it is easy to imagine the clansmen fleeing the scene by sailing away down the river to the Loch. But despite its robust history, Inverlochy Castle is one of the most breathtaking destinations, set uniquely among the glens, lochs and mountains of the West Highlands. Dining at AA 3 Red Rosettes awarded Albert and Michel Roux Jr at Inverlochy Castle' is a culinary experience to savour, with the legendary father and son taking the helm of the kitchen and offering the finest dishes using local produce. The menu features modern British cuisine with French influences which is internationally recognised by all major guides. The dress code for gentlemen for dinner is a jacket.